Best Man Cave Gifts For Him

Some men have a man cave for a specific purpose, like motorcycles shown here.

My son-in-law is a fortunate man, with a large man cave, located separately from the main house. It used to be very difficult to buy gifts for him, but his male sanctuary has given me ideas of what to buy for him. Now I can actually buy things for him that he will not only like but really appreciate and use. I thought maybe my readers might have the same sort of problem, so on this page I’ve provided you with carefully chosen best man cave gifts for the man in your house.

Curb That Urge to Decorate

It’s his domain, so help him to fix it up to be as comfortable as possible. But whatever you do, curb that urge to put anything frilly or girly in it. Remember this is for him and his friends to use as a retreat to watch the game, work on a project, or argue the latest sports stats with his friends. There are always appropriate gifts for the man cave, no matter what amount of space is devoted.

Not all man caves are equal

As we all know, not everyone has the same space, money or time to devote to building a man cave. So let’s think about this in a sensible way: if you have a corner of the living room, you can dedicate it to him and his projects. If you have an extra bedroom, re-do it as a man cave. (But be sure you let him in on the re-vamp and get his feedback, by all means!) It doesn’t HAVE to be a separate building, just a place where he and his friends can get together. But beware…if you use a corner of the living room, do not, I repeat DO NOT trespass on that section. It is no longer yours to clean, pick up clutter, or concern yourself with. If you can put a screen between the rest of the living room and yourself, so much the better and those are available everywhere.

Male Bonding, Do You Get It?

If you’re female, chances are you don’t! The ways they treat each other sometimes seems as though they’re on the verge of fighting, and then they laugh at each other and shrug it off. We don’t understand their way of bonding, and they don’t understand ours. But they need a place where they can be their “male selves,” without worrying about the sensitivities of the “little woman.”

A Gift That Keeps Giving.

He’ll love having this clock on the wall of his man cave. You’ll love it too, because it will help him know when it’s time to come for dinner! Seriously, it’s a great buy, requiring 2-AA batteries for the clock and an electrical outlet for the neon. It’s warranted for a year, and it keeps time like a champ! Can’t go wrong with this clock and it lends a bit of sophistication to his space. 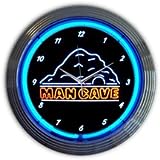 What Happens In The Man Cave…..

Stays in the Man Cave!

You know how guys are…sometimes they get into telling tall tales, or maybe their language gets a little risque. If it happens in the man cave, it can stay there and nobody is the wiser. It’s a man’s world, beer, pretzels, chips, peanuts,TV, and lots of boasting and bragging. With this sign, everyone is on continual notice that nothing goes outside the man cave.

Even the man cave must have rules…you might find these hard to live with, but chances are your guy and his friends won’t! I bet he will put this in a place of honor, just so that YOU and YOUR friends remember the rules if and when he allows you inside. 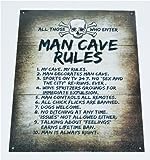 This will be his favorite man cave chair…Microfiber Recliner – He can watch the game in comfort! No man cave would be complete without a recliner for the owner. For him, it will be like holding court in his own kingdom. Other styles and colors can make it even more regal for him. If your husband has his very own man cave, help him decorate it in style, keeping in mind he’s the one who “runs the joint.”

Recliner For His Throne

You just know he needs a compact refrigerator for the man cave. After all, it’s no fun to keep running to the house or the kitchen to get drinks and snacks. This way, perishables are right there where they’re handy and cold. When the guys come over to watch the game, they can get their own drinks and snacks. That’s a gift to YOU, and a great gift for HIM.

If his man cave is large enough, make sure there’s enough seating for his friends. This sectional is perfect for the guys to come and lounge around and watch TV. You can always find other styles and colors to suit the decor. The only problem with this addition to the man cave is that if the guys get too comfortable, they may never want to leave.

“Men have had an identity problem since the women’s movement. They have tried to figure out who they’re supposed to be. For a while women wanted them to be more sensitive, so they were more sensitive. Then women wanted them to be more manly. One of the things I discovered is when men have their own manspace, what they put inside of it is really an expression of who they are. Manspace is about establishing an identity for a man.”
— Sam Martin, Chicago Tribune, 2007

For Card Playing or Extra Seating

For the card playing guys, this table and chairs fits 4 players perfectly. More than that would have to “sit it out” and wait their turn. But then when you’re in the Man Cave there’s always something to do while you wait for the table.

What do men love to eat when they’re watching a game on TV? If you guess hot dogs or burgers, Bingo! you got it right. Here’s a recipe book for 25 awesome hot dog recipes. There’s not a man there who won’t envy the man cave that contains one of these.

“It’s called male bonding. You’ll never get it. I believe women are as capable as men, deserve equal pay—and that one day, should be sooner than later, in my opinion, the right woman can and should be leader of the free world. But you can’t understand the male bonding rituals any more than men can understand why the vast majority of women are obsessed with shoes and other footwear.”

Notice anything? Does his man cave lack a microwave? It’s very much a necessity…when he wants micro popcorn or to heat up leftovers, or even to serve hot dip for the chips and pretzels during a game. Make sure before you buy, that there’s enough room in the space he’s using for his retreat and that there’s enough electrical outlets. 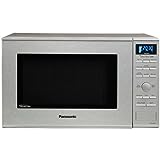 Guys love the feeling of being present at the game!

Men love to have a good sound system in their cave. When all those male voices get raised, it’s very hard to hear what’s happening in the game. Surround systems help override and come through loud and clear. Depending on the setup your man cave has, this surround sound system works well, allowing the men to get loud and boisterous and still hear what’s going on.

We can’t forget man’s favorite sandwich, a burger, what they reach for when they need something quick to satisfy their hunger. Here’s a resource for recipe after recipe for over 150 types of burger recipes. They will have it handy in the man cave whenever they’re hungry or friends drop by.

Dart Game for the Man Cave – Nothing like a competition of darts!

One more game men (and sometimes women) love to play and compete with each other is playing darts. Dart games are lots of fun and it’s a great addition to the man cave. Men really like these kind of competitions, and enjoy seeing who can come out on top! Maybe if you ask real nice, he’ll let you in on the game too. 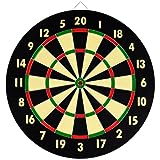 TG Dart Game Set With 6 Darts and Board Dart Board

I hope you’ve found lots of good suggestions for YOUR man’s Man Cave. After all, we all need a place to go when we want time to ourselves. A Man Cave is just the thing for the men of the house and their friends, to make noise, to yell at the TV at game time, to play their games and just relax. That’s the point of having a Man Cave.